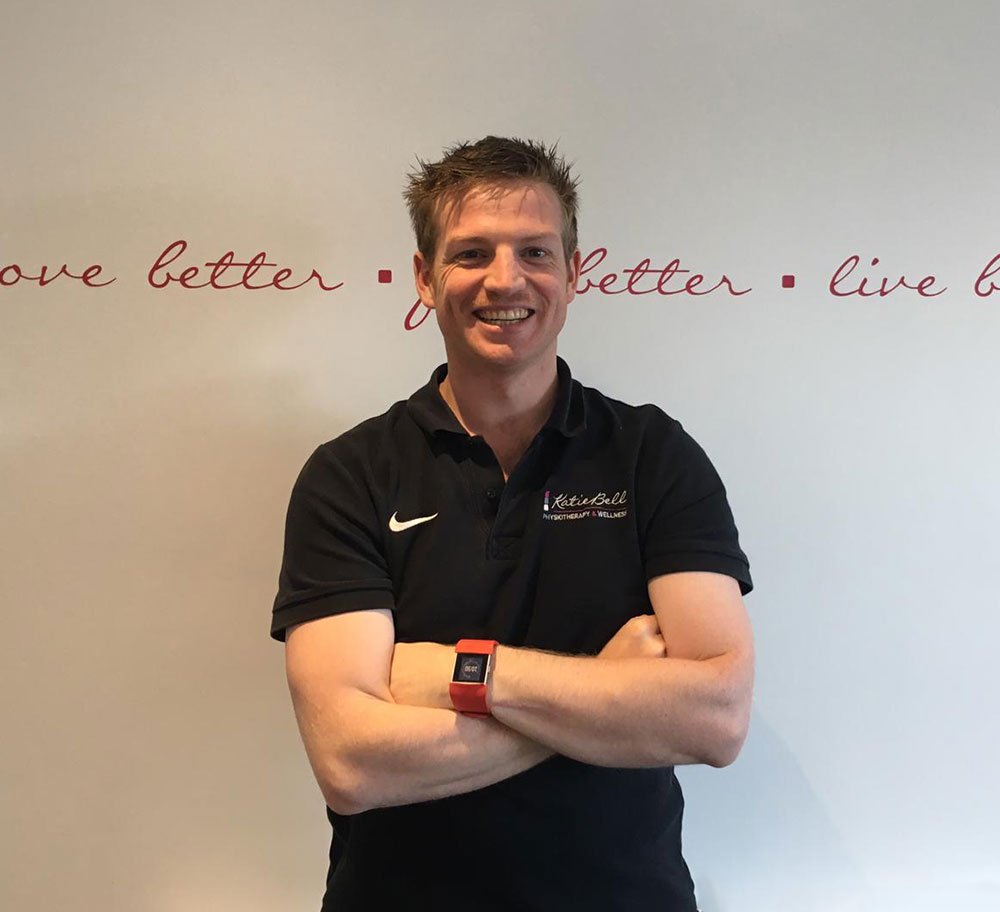 I’ve been working for Katie Bell since 2016. I’m a Senior MSK Outpatients Physiotherapist and MSK Ultrasonographer. I am passionate about finding the root cause of any injuries I am faced with, rather than fighting fires. I like the variety of patients we get at the clinic from adolescents, to athletes to the elderly. We have a very dynamic and inspiring team here at Katie Bell who work hard to support each other and provide the best treatment possible for our clients. I also love working at Katie Bell Physio because of… Kerry’s cakes!

Having previously played Rugby and Australian Rules Football, I have worked as a physiotherapist for a number of different teams, including Sheffield Rugby Club and Mens 9-a-side England Slayers Australian Rules Football team, as well as Great Britain Swans 18-a-side Australian Rules Side who were European champions 2016 and came 3rd at the International Cup in Melbourne in August 2017. As you might expect, I’m very well experienced in treating all kinds of sports-related injuries.

Having grown up down south I always wanted to be involved in sports either playing or helping my team however I could. Having played rugby since the age of 6 I managed to pick up a few injuries on the way and the rehabilitation process and the conditioning needed really interested me to pursue a career in physiotherapy. My hidden talent is organisation, specifically in regarding the ability to pack the dish washer and car!

VIEW THE REST OF THE TEAM
x