The Importance Of Plyometric Exercises For Netball 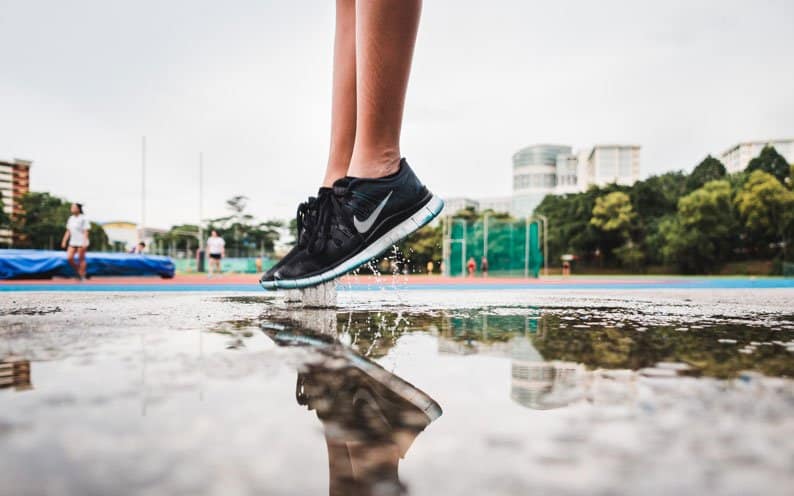 Plyometrics is a type of exercise that trains muscles to produce power (speed and strength). Plyometric exercises involve a stretch of the muscles, immediately followed by a contraction of the same muscles. As such, you may sometimes hear plyometrics being referred to as ‘jump training’ – which provides a clue as to why they are so important when it comes to Netball.

Why are plyometric exercises important?

Plyometric exercises are important to include in your Netball training, as they help increase and improve your explosive power which is required when sprinting to get a ball, driving up into the air for an interception, or landing in a controlled and safe manner. Plyometric training helps increase the strength and efficiency of your fast-twitch muscle fibres which help improve your speed and agility on the court. This will increase the likelihood of interceptions and accurate passes.

Having good power in your upper limbs, lower limbs and core is very important for Netball, so including exercises that work all these areas is crucial. Passing and shooting are elements of netball that require upper body strength. In particular, the movement needed to execute a chest pass to an opponent requires the explosive strength built by plyometric exercises. Core is also important as you require good core stability to be able to stabilise yourself when defending, going for a rebound or taking a shot.

Which exercises are most useful for Netball?

Below is a short video we’ve put together demonstrating three plyometric exercises that you can include in any of your training sessions.

A good warm up for Netball should include a gentle jog up and down the court to gradually start increasing your heart rate, respiratory rate and circulation. Including more cardiovascular intensive elements such as high knees and side steps to your warm up is also beneficial, as it allows your body to warm up and adjust to the short sharp bursts of exercise required for netball.

Dynamic stretches (ie walking lunges) should then be carried out. Stretching before a game or training is important as it helps improve muscle length and blood flow, thus reducing muscle tension and improving flexibility, reducing your chance of injury.

After stretching it is important to include Netball specific drills into your warm up as this prepares you mentally and physically for the short sharp bursts of activity and ball play during a game to get you thinking and moving quickly and succinctly.

After carrying out the above you should be feeling mentally and physically prepared for the high demands of Netball.

After training or a game of Netball, you should start with a gentle jog, allowing your heart rate, blood pressure and reparatory rate to slowly start returning back to normal in a controlled manner.

A gentle jog should then be followed by some static stretches, as they help reduce muscle tension and enhances flexibility after a game. Stretching also helps maintain the blood flow to the muscle to bring fresh nutrient to the area and remove waste products, helping your muscles to recover.

For more tips and advice, or to discuss any Netball-related pain and discomfort you’d like treatment for, please don’t hesitate to get in touch with the clinic to book a complimentary physiotherapy consultation.